Kahindo Mateene has emerged as a ground-breaking design talent, based in the United States with an unresembling bold aesthetic. Fusing together tradition and trend, Mateene has created a unique and feminine sentiment. Since the launch of her label, Modahnik in 2009, Kahindo has been committed to developing visually striking collections. Mateene engineers her own textiles every season and merges them with clean lines and cuts that flatter today’s woman. Originally from the Democratic Republic of Congo, Kahindo fuses inspiration from Congolese art and culture. She also finds inspiration from her travels throughout Europe, The Americas and Africa. Kahindo moved to the United States in 1995 to begin studying International Business & Economics. After successfully obtaining her Bachelor’s Degree, Mateene began studying fashion at the Illinois Institute of Art. Armed with a BFA in Fashion Design and a BA in International Business & Economics, Mateene was accepted into Chicago’s Fashion Incubator at Macy’s 2011 Residence Program. At the conclusion of her extensive education and training, Kahindo landed a spot as a contestant on Season 12 of Lifetime Network’s Emmy-Nominated Project Runway television show. Mateene is an avid Philanthropist that supports charitable efforts to raise awareness regarding social and economic issues, in the Democratic Republic of Congo and the US. In April 2014, Modahnik collaborated with non-profit organization, MamAfrica to create a Clutch Handbag Initiative. 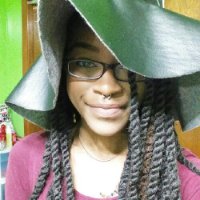